I am not sure if anyone will be interested in this post as it is essentially me talking about my experience of breaking my leg and how it has pretty much changed my life for the last twelve days.

So a bit of background information on how this happened….

It was my uncle Malcolm’s 60th birthday party with a live band. I was looking forward to going for so long. The plan was to go down to London, help my aunt and uncle set up the hall with the food and decs etc.. and then get on with the celebrations.

So, most of this went to plan without too many hiccups along the way, until this happened…

Okay, so admittedly as my husband keeps reminding me that once I found out my uncle’s sister had announced that there was a free bar, I was like a child in a sweet shop.  Yep say no more! {Although I have to state I have not really drank alot for the last year as I hate the hangovers.}.

So after several glasses of white wine and many conversations with family that I hadn’t seen for a while, I decided I would join in with the general ‘fist pumping’ and ‘head banging’ to ‘I am a firestarter – by Prodigy’ {If you didn’t know}.

I was still fine up until that point. Then the band decided to blast out something from the 60’s and I suddenly thought I was a bloody contestant on ‘Strictly!’

Before I knew it I was being spun round the hall by my mum’s partner, totally oblivious to anyone that got in my way, inhibitions clearly out the window, and then I took quite a large tumble in my new, gold TK Max boots and skid across the hall floor. NOT A PRETTY SIGHT!!!

What a total dick!!!

Little did I know what was to come….

That night, as I drifted in and out of alcohol induced sleep, my leg started to throb. I had always envisioned that breaking a bone had to be one of the worst, physical pains you would ever experience and I visualised a bone protruding out of your skin whilst hearing a snapping noise. This was not the case. It was sore and uncomfortable but not unbearable.{ Saying that I have had three natural births so I think that qualifies me to say that I do have quite a high pain threshold}.

Once we gingerly made the journey back home to Gloucestershire, the shock and reality started to sink in.

Shit me, I had just booked a few jobs the following week, how the hell would I do them?

How am I going to get the kids to school?

How am I going to make a cup of tea?

How am I going to be able to have a shower?

Who would do the food shop?

How am I going to be able to drive?

How am I going to put the washing on, hoover, change the beds/make the beds?

How am I going to be able to get to my bed?

How can I get my knickers on?

As you can imagine the sheer panic was crazy. My anxiety was peaking…But there was nothing I could do, so I started to prioritise the enormous amount of things that needed attention immediately and basically crack on{pardon the pun}.

Me just before the accident.

My husband luckily managed to speak to his boss to arrange for him to go in after the school run. Phew. Tick. I emailed all my pending clients and rather sheepishly told them that I would have to cancel their bookings.{They took it well} Phew. Tick. Lets just say after a heated discussion with my husband, which involved a lot of eye rolling when he had purchased next to nothing from ‘Aldi’ for the following week, we decided it was best for me to do online shopping. Tick. So that was most of my list sorted. {The knickers one was resolved with me getting into a ridiculous position and hooking them over my foot- What a joke!}

I think it was two days later, sat alone on the sofa, leg in cast, that the true, life changing feelings set in. I was going to be pretty much disabled for the next 6 weeks.

As dramatic as that sounds, losing the use of a limb is unbelievably difficult to come to terms with.

This has been a real eye opener on so many levels, and I definitely have the utmost respect for anyone that has had to face this challenge on a permanent basis. I even have the greatest sympathy for the elderly and anyone that is housebound.

I kid you not it has been a profound experience. 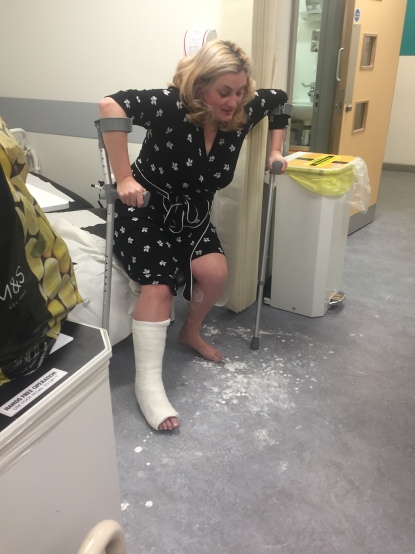 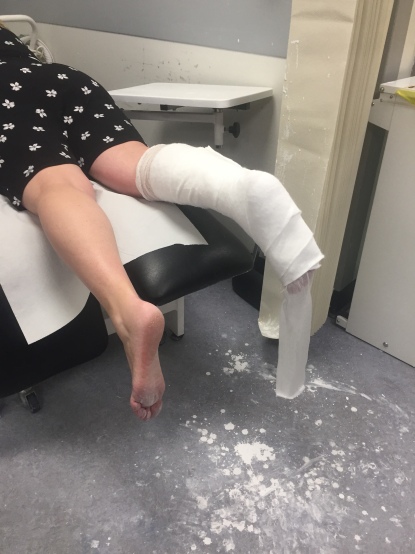 Not the most glamourous pictures above, but tbh v.real and blimmin painful. 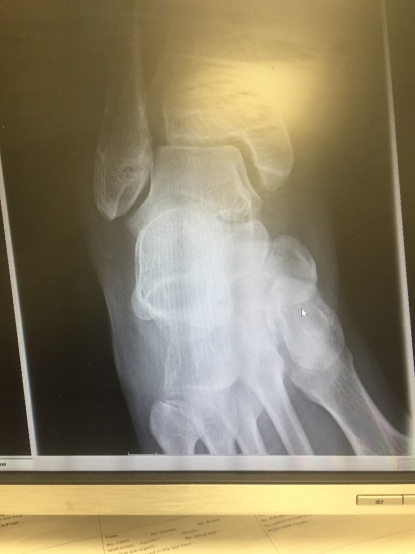 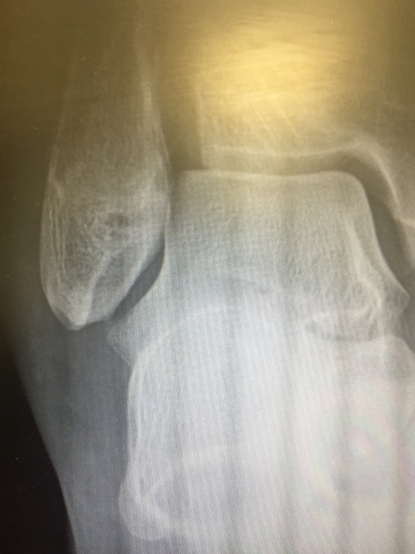 So here I am bum shuffling down the stairs everyday, crawling on all fours up the stairs. Strip washing with a flannel and generally sitting on the sofa taking painkillers, and using my bra as a pocket {genius}.

I have managed to have one outing to sniff the fresh air and hear the birds tweet in 12 days and that was to the hospital to have my leg re-plastered. I was told that I may need an operation, and I will certainly have to inject myself daily with medication to prevent DEEP VEIN THROMBOSIS. Right now the next few weeks are a little uncertain.. 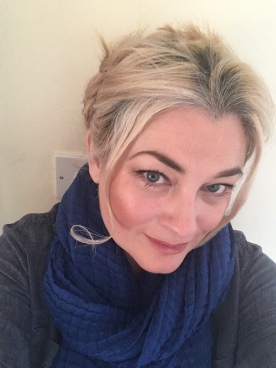 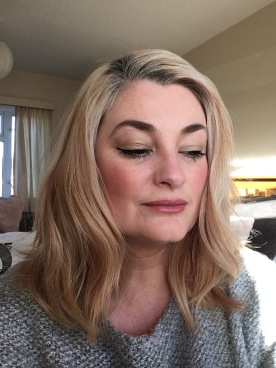 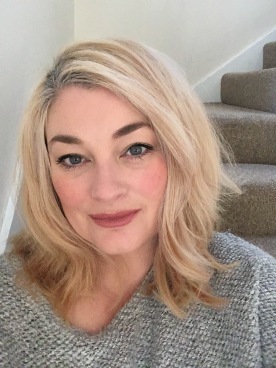 So the moral of this story is BE FLIPPIN CAREFUL and be grateful for your body and able limbs.